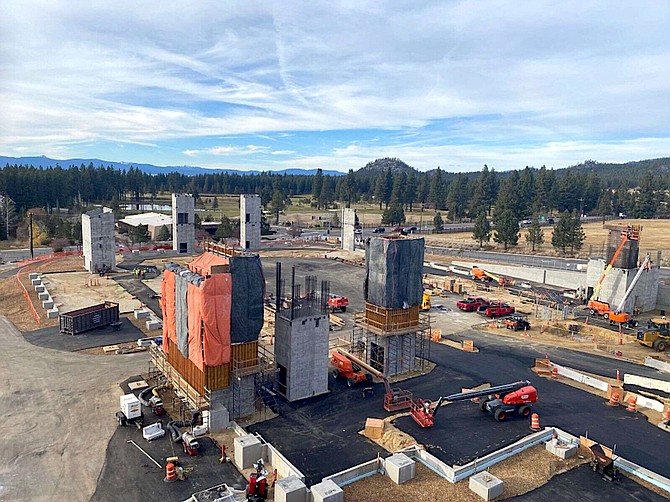 The Tahoe South Events Center is expected to be open by early January 2023, slightly pushed back from its original date of late December 2022. Photo: Bill Rozak / Tahoe Daily Tribune